Can anyone explain this card?

During 1993 to help promote the new expansion teams the then Miami Marlins and Colorado Rockies Topps created a separate set featuring short printed inaugural cards. The Marlins version will have a gold circle emblem near the front bottom left corner while the Rockies version will have the gold circle emblem near the front bottom right corner. Ironically, Jeter would become owner for the Miami Marlins in 2017 causing the Marlins Topps inaugural card to go way up in value. Both cards are great long-term investments because both of these are short-printed to just a 10,000 print run.
Click to expand... 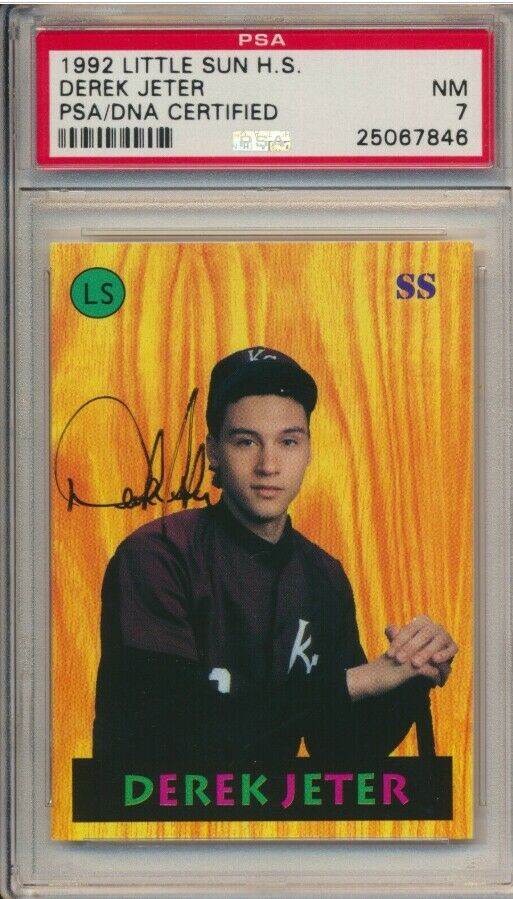 I still don't get it. Jeter wasn't drafted by the Marlins so the card is inaccurate. Dumb idea.

Pudge had one too

Actually yeah, that’s what it was lol apparently it’s worth something. 1993 Topps baseball cards are some of the most beloved of the modern era. In this guide we cover the 10 most valuable!

I would have been happier with the answer being that these cards were created by @taiwanmarlin since he's from the future and knew that Jeter and Pudge would eventually have ties to the Marlins.

See, nobody has actually answered the topic question - yes, there are people who can explain the card. You're welcome, @SilverBullet .

marlinsmaniac said:
Only thing I can come up with is that it was a special edition topps pack that they released in 1993 to kinda celebrate/promote the marlins first season that was maybe even sold or given out at Joe Robbie and so the cards inside that pack were branded like that to associate them with the pack itself

AFAIK you had to buy the whole set. My dad bought 3 back in the day at Joe Robbie.

I may have this set, I need to find my old cards.

SonOfJack said:
I may have this set, I need to find my old cards.
Click to expand...

If I set all the people I don't want to hear from here to ignore I wouldn't be able to read any posts.

Oh wait I get it now. Every card in the entire set had the Marlins Inaugural season logo on it. And if you bought the Rockies version they all had the Rockies logo. I thought it was just a the prospect cards and some had a Marlins logo and some had a Rockies logo. The way I looked at it would mean that the card is saying that Jeter and others were drafted by the Marlins and other prospects drafted by the Rockies. With that said, finding any of these cards apart from the entire set can definitely lead to the same assumption I had so I still think this was a poorly done promotion.

I have that old Jeter card somewhere...

Hotcorner said:
I have that old Jeter card somewhere...
Click to expand...

You're about to be rich

SonOfJack said:
You're about to be rich
Click to expand...