The REAL story of why we didn't offer T. Jones arbitration... 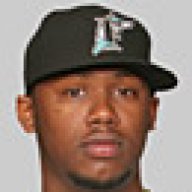 By UltimateCabrera24,
January 4, 2006 in Miami Marlins