Thoughts on the Marlins First Half of 2006 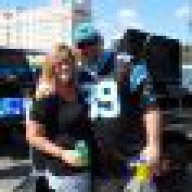 By HolycrapIlovetheMarlins,
July 10, 2006 in Miami Marlins