DH Will Not Be Universal

By jeffreysfishfry,
December 7, 2020 in Miami Marlins

I wish he were at least funny.

Manfred is such a joke 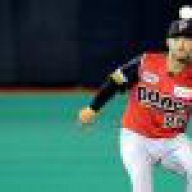 I am a traditionalist at heart , I love to see pitchers hitting but it is time for the DH  to be permanent in both leagues. I however  am a proponent of reducing inter-league play.  It has watered dow