By SirFishFan,
April 18 in Game Threads

Marlins playing final game of the three game series vs. the Giants as they look to complete the series sweep. Marlins will be going for a sweep for the second time in the past 7 games after taking 3 o 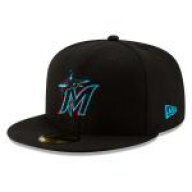 Here is Pablo's last batter no matter what happens. For the record I agree with the decision to leave him in LOL