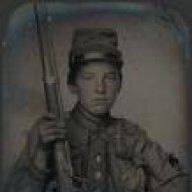 By Johnny Reb,
July 5 in Bullpen

On that info alone, no. I'd assume, and hope, those 10 employees were all hired because they were the best people for their respective jobs regardless of their race. I know that's not always the case

Many would argue that the answer to that is subjective. Not everyone is going to agree. What does set the U.S. apart from every other nation is our rights and opportunities. Rights enshrined in our Co