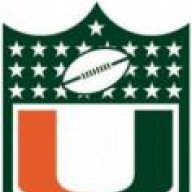 By Hanleylicious
June 17, 2003 in Miami Marlins