Never ask a witness a question... 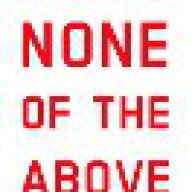