Some blonde, some not 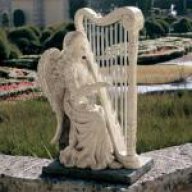