"Florida Marlins slumping across the board" 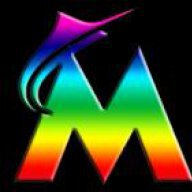