Philadelphia's take on our "market correction" 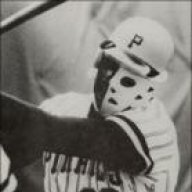 By The Folklegend,
December 7, 2005 in Miami Marlins