Devil Rays to drop the Devil next year 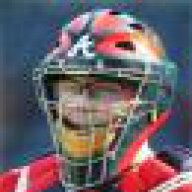 By furcalchick
February 9, 2007 in Sports