I just had the fakest game ever on MVP Baseball... 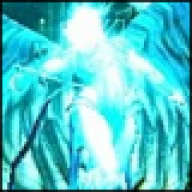