Ground Zero just a big Hole in the ground . . . 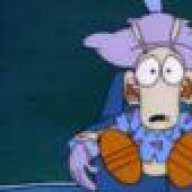