What the SF Chronicle is saying about Mando 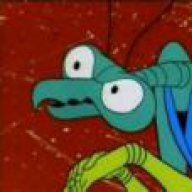 By anotherrealfan
June 1, 2007 in Miami Marlins