Some news from Clark Spencer. 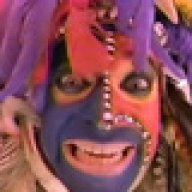 By MillerTime,
November 5, 2008 in Miami Marlins