Source: Girardi Not Coming Back 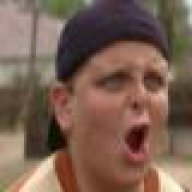 By louiecastillo1
September 22, 2006 in Miami Marlins