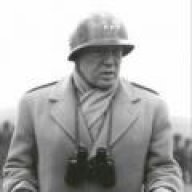 By No Limit Marlins Commander,
September 30 in Miami Marlins

Marlin Fans, It is time.  The time is upon us.     Playoff season is upon us.  Its time to grab that left nut (or ovary) and let out the most primal scream that you have ever let out.  We ha

I've got all my Marlins gear on!