Nicholas James Vincent was born in Poway, California, on July 12, 1986. Vincent was drafted by the Padres in the 18th round of the 2008 Major League Baseball draft, and made his major league debut in 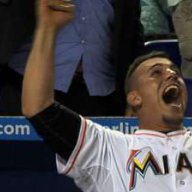 That's all I needed.

Do any of us know each other, really?