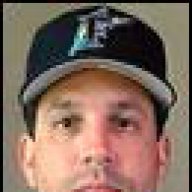 By legacyofCangelosi,
November 22, 2005 in Miami Marlins