Rashard Lewis to the Magic Kingdom 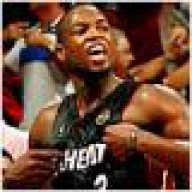