Who are we drafting?

By flsportsfan83,
June 9 in Miami Marlins

Chill. Let this play out over the next couple years. This isn't like the NFL, none of these guys would have immediately been up and helping the big league team. "Travesty" is such a silly exagger 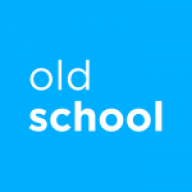 I'll add to this with the fact that, where did we get Jose Fernandez, or Yelich, or Stanton? Elite players don't necessarily come from the top rated prospects before the draft.

I'd come quick whether I was drafted or not.