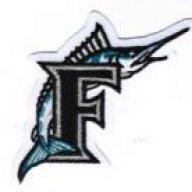 By DolphinStadiumCrazie
September 28, 2006 in Miami Marlins