Hanley Ramirez has ‘hunger of a rookie?’ It’s about time 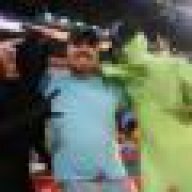